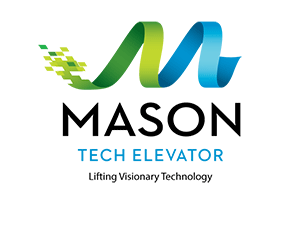 Several businesses within Mason have gone from ground zero to multi-million dollar acquisitions in a matter of years. Through thoughtful growth strategies, go-to-market savvy and a lot of perseverance, these companies flourished in the Mason environment and attracted national attention from investors. In 2016, we had three of the biggest exits in Ohio.

The most “startlingly innovative” venture-backed company in the United States is located on Mason’s Municipal Campus and began in a Mason strip mall & karate studio space. Assurex Health, a personalized medicine company, specializes in pharmacogenomics, the study of genetic factors that influence an individual’s response to drug treatments.

In two years, Assurex Health increased its square footage by 700 percent and jobs by 300 percent. Plus, the City of Mason has facilitated three expansions, built a state-of-the-art genomics lab in the lower level of the Municipal Center and partnered on many industry-specific topics including the growth of the Regional BioHealth Cluster.

From a Mason basement office to one of the region’s largest private employers, Intelligrated is located in Mason’s Innovation Corridor. With more than 3,000 employees nationwide and 130,000 employees globally, Intelligrated is a material handling and software engineering company that designs and manufactures warehouse automation solutions, software and services. The need for warehouse, logistics and fulfillment solutions makes Intelligrated’s unique innovations essential in today’s e-commerce landscape.

The City worked closely with Intelligrated to facilitate multi-million dollar expansions that more than doubled the size to almost 400,000 square feet and brought more than 1,000 jobs.

In November, 2016, version control and source code management provider, Perforce acquired Seapine Software. The Mason headquarters has room for expansion along with plans from Perforce to do so by working with the City and tapping into local talent.